Beginning last year in 2020, industries across the world were at the mercy of the pandemic. Unemployment rates were sky high, company-wide layoffs were lurking from one company to the next, and the way we work changed forever. In this blog, we will dive into how exactly the pandemic affected the real estate industry, as well as the geographical shifts performed by several populations. This blog will present itself as a listicle of the references (listed at the bottom) meant for you to take away key bullets concerning every effect.

Quick stats from a survey conducted by Realtor.com.

At the start of the pandemic, workers were asked to go home which made them evaluate their needs. Many decided that living in the city wasn’t necessary and off they went to the suburbs and country. The most significant growth lies in the south and southeast, especially Houston, Dallas, Florida, and the Carolinas. And on the west coast, mountain states like Idaho, Colorado, and Utah are thriving since they have lower living costs and more space. What both of those regions have in common is that they are pro-business environments as well as have more land, and cheaper, more accessible building permits. So, if your boss tells you that you can work from home, why wouldn’t you? People began to realize that telecommuting and living in areas that make more financial sense is the way to go.

Could we witness a building boom soon?

Renovations are hard to avoid.

Learn more by referencing the sources listed below. In addition, several sources act as in-text citations which will not be listed below.

The topics mentioned here are summarized and in no way does that minimize the gravity of the effects to the industry. 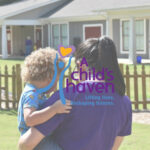 Prime Realty is Proudly Partnering with A Child’s Haven

4 Reasons Why Navigating this Market with Your Agent is Key